The Korean who came to Ireland with no English and is now feeding 1,000 customers a week

Gunmoo Kim (31) is the owner of Jaru, a Korean food-production company. In 2010, he came to Dublin with no English. Now his street-vendor company feeds 1,000 people a week. He lives in the city centre with his wife, Alice

I usually get up at 5.30am. I live in a city-centre apartment with my wife, Alice. She’s from South Korea too. I met her when I was working in a restaurant in Dublin.

The first thing that I do is check the weather. It’s quite a priority for us, because we trade outside. I have a Korean street-food market business – Jaru. In Ireland, the weather changes a lot. Even if I check it the night before and it says ‘sunny’, the next morning it might say ‘rain’.

I have coffee first. Koreans usually have huge breakfasts. We eat rice and soup. But personally, I just like fruit. If I eat too much, I feel lazy and sleepy all day.

Then I go to our production kitchen. We get deliveries, and I check stock. I talk with our chef about ingredients. We usually prepare around 300 portions a day. We start at 5.30am, because we are trading in the lunchtime market. The chef is in charge of all the food, and I manage the menus and recipes.

Jaru basically started as a food-vendor business for the street-market sector three years ago. The idea was originally from my college project. I was studying at DIT Cathal Brugha Street. The idea was to introduce authentic Korean food, using local Irish ingredients.

At the time, a street-food market was the best for us in terms of finance, and it was our first step. We are now trading in eight different markets per week, and we have about 1,000 customers per week at lunchtime – Tuesday to Friday, 12pm to 2pm.

We are in various locations, including Mespil Road, Grand Canal Quay and the UCD campus. We have regular customers from Google and Facebook. They like to get out of the office. We move around, and it’s usually two locations a day. We just put up a gazebo and start serving. We usually have about 30 people in the queue.

It’s a fast service, but we prepare slowly. It’s slow food in a fast-food format. It’s very healthy, and all of our food is based on the fermentation process. Kimchi is a fermented cabbage, and that’s kind of the root of our food. We supply it to SuperValu stores as well.

The American writer Anthony Bourdain described Korean food as a bold action movie, and he said that Japanese food was more of a romantic comedy. Korean food is diverse and colourful. Korea has quite a similar background to Ireland – we had our battles. We were fighting Japan for a long time. The food shortage developed the diverse food culture in Korea. So it brought about the use of unpopular, cheaper cuts of meat.

Rice is the core of Korean food. The main elements would be rice, meat and vegetables, and soup. That’s what we do in our street-food market. We bring all these elements into the bowl. The bowl has rice on the bottom, meat on top and three or four different vegetables, with sauces, on top. The bowl we sell is €9.50. Some people say it’s a high price for street food, but it is the finest quality, even if it is street food.

We have quite a strong relationship with our customers. Eighty per cent of them keep coming back, and we have a loyalty card system – after nine meals, the next one is free. We want to give something back to our customers, and it’s going really well.

I came to Ireland in 2010. I was 24 and I’d just finished my two-year military service, which is compulsory. I wasn’t sure what to do with my life. My mother suggested Ireland. She is a teacher, and is a big fan of Irish literature, especially James Joyce.

I just wanted to go somewhere completely new, where I had no connections. I wanted to improve myself. And that helped me focus on myself. I think that encouraged me to grow and improve in terms of business and personality, too. I just wanted to be better.

I had studied psychology in university. I could have stayed in South Korea. It’s a very beautiful country and quite vast, but the population is huge, and it is very crowded. The competition there is madness – everyone working 70 hours per week. I love that it’s dynamic, but I found Ireland more relaxed and comfortable.

When I arrived, I didn’t have one word of English, so the only job I could get was a kitchen porter in a Korean restaurant. It was hard work, but I liked it. When I wasn’t working, I went to English classes. I slept in my best friend’s house, in the kitchen. Two years later, I was the manager. I went on to work in Italian and French restaurants. After one year of living in Ireland, I thought, ‘This is where I want to be’. Everyone was smiling, full of happiness, and people cared about one another. In Korea, because of the competition, everyone is so stressed.

After we finish lunch, we go back to our kitchen to do some cleaning. Everything is wrapped up by 5pm.

I try not to think about the business after that, but it’s impossible. If the weather is good, I go for a half-hour cycle. I find it is much better to finish off the day with a little exercise. Or I do yoga with my wife. It helps me in terms of meditation.

Even if I work with food all day, I still love cooking. Food is my thing. If I’m reading a book or watching TV, it’s always about food. My wife hates that. But it’s my pleasure. My work is my joy, so I never feel tired.

Some people ask me if I’ve become Irish in any way. Well, I go to South Korea at least once a year. Every time I go, I take some butter, Tayto and a sliced pan. Does that say it all? 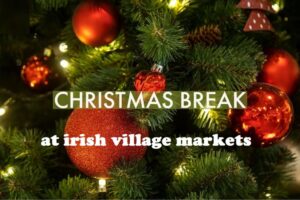 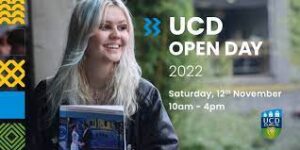 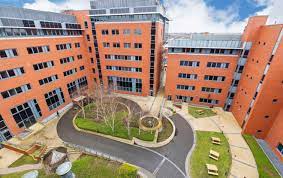